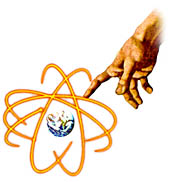 My "Atheist" Twitter pal Rosa Rubicondior recently tweeted a link to a blog that I found interesting. The blog http://rosarubicondior.blogspot.com/2011/04/do-you-want-to-convert-atheist.html?spref=tw  attempts to define what evidence is and how it will impact the conversion of an Atheist.

However, like with most blogs and works written by Atheists, the logic is flawed and the intellectual thoughts behind them are obtuse.  I will explain why in this blog.
Rosa's words will be in blue and mine will be in black.


<If you want to convert an Atheist your task should be simple.  Atheists believe in evidence; our opinions are based on it and when the evidence changes, or we discover new evidence, we change our opinions.  We have no sacred dogmas which can't be questioned; no tenets of 'faith' to which we must subscribe.

This should make us very easy to convert.>>


Sacerdotus comments:
Atheists will always demand "evidence" for the claims of believers; however, they will never provide evidence for their counter argument.  To date no Atheist has proven the "There is no god hypothesis."  It is a presumptious argument that has no evidence and is merely an exaggerated claim.

Sacred Dogmas are not the same as Scientific knowledge.  If a Dogma says for example that God is good, how can anyone alter that?  It is an attribute of God which only God can alter.  Similarly, if a college graduate achieves a summa cum laude, how can one alter this fact?  This is an attribute that is unique to that graduate and cannot be altered.
Science will change because our understanding of nature changes.  However, that does not mean that nature itself changes.  It merely means that what we at first observed and interpreted needs to be updated or retracted.

<<All you need is authenticated, incontrovertible evidence that your god exists and your evidence only needs to pass a few simple tests which, presumably, you believe it's already passed>>


Sacerdotus comments:
This statement is ambiguous.  Evidence can be anything to anyone.  For centuries believers have offered evidence that is incontrovertible, however, Atheists simply reject them.  For centuries miracles have happened which are confirmed by the scientific community as "unexplainable" and Atheists still reject them.  So what needs to change is not the evidence, but the objectivity of the Atheist who is studying the evidence.

<<You will need to explain why your evidence is evidence ONLY for your god and not any other.  Since people have believed in over 3000 different gods in recorded human history, obviously you will need to show why your evidence couldn't be evidence for any of those.
You will also need to explain how a god is the ONLY possible explanation for your evidence and why it can't possibly be explained as the result of a natural process.Now, since, presumably, you were convinced of your god's existence by just such evidence, it shouldn't be too difficult to tell us Atheists where it's to be found and how it meets the above criteria.>>


Sacerdotus comments:
This statement is ridiculous.  Any evidence for a deity/deities provided by believers of different faiths will not have any major difference in regards to ontology and metaphysics.  The evidence provided will deal with the deity's/deities' existence, attributes and how that deity/deities interacts with the universe.  Therefore, whether humanity has 3000 different gods or 10, those gods will be defended in a universal manner.  Note how an Islamic follower of Rosa's blog is using similar arguments to defend Allah just as any Christian or Jew would defend his/her ideas of God.
Natural processes are not the finality of everything that occurs in nature.  Behind any process there is a cause.  No process in this universe is eternal.  Every process in this universe has a primal cause.  For example: A computer turns on when I turn it on.  It did not appear out of nowhere fully constructed and running eternally.
The answer to how does not answer the why.

(p.s.  Opinion isn't evidence and nor is a quote from a book unless the quote refers to authenticated, observable evidence meeting the above criteria).

[Later note] It seems many Creationists are unsure of what constitutes 'evidence' and imagine it includes ignorance and even the opinions of others.  The following blogs may help them gain the necessary understanding to be able to use the above method: http://anotheratheist.tumblr.com/post/4050923890  http://anotheratheist.tumblr.com/post/5524880161

(Thanks to @kaimatai on Twitter for providing these helpful link)>>

The suggestion that opinion  -isn't evidence nor a quote from a book - unless it is authenticated etc is an opinion in itself.  Rosa in the first paragraph told us that evidence changes.  If evidence changes, how can we trust it as being truth?
Moreover, absence of evidence is not evidence of absence, to borrow from Sagan/Rees.  One cannot conclude there is no God based on any lack of what one defines as substantial incontrovertible evidence for the former.  For example, I can ask Rosa and everyone in my area what color is the sun.  They will most likely reply "yellow."  If I ask why, they will most likely reply that they see it in the sky as yellow.  Their evidence is what they observe with their eyes.
However, in reality the Sun is white, not yellow.  See, to those who I've asked, the evidence they rely upon is what they have perceived, which is the color yellow in the sky.  However, my evidence is that the Sun is a G2V star that is white.  Its rays appear yellow due to the Earth's atmosphere.
To add more "spice" to the situation, which evidence is evidence: my evidence or the evidence of the people I have asked?  Both are observable, can be tested and are incontrovertible.  Who is correct?

Now in regards to the 2 links by @kaimatai:

They are interesting, however let me throw a wrench into the arguments.  "@kaimatai" goes on in length to define what evidence is and is not.  The problem here is that in reality no one has ever had evidence of anything!   We never perceive things in actuality.  We never touch anything in reality!
Touch, perception, sensation, are illusions based on the interpretation of electrical signals from an Atom's electrons by our nervous system.  Strange as it may seem, we never ever kissed our own mothers on the cheek!  We never ever hugged anyone!
When we touch, grab, feel things, what we sense as "touch" is the Coulomb repulsion.  We are not actually touching anything.  Without the field generated by the electrons in the outer shell of atoms, we all would explode.  In other words, if atoms touch each other, they would annihilate each other.  The entire universe would become the largest atomic explosion possible.


So in reality, evidence is all in the brain and subject to perception!  This whole universe could be a simulation -for all we know- as Philosopher Chalmer's theorized.  That being said, both Rosa's and @kaimatai's logic have been destroyed.  Evidence is in the senses and perception of the beholder.

Thank you for reading and for your comment. All comments are subject to approval. They must be free of vulgarity, ad hominem and must be relevant to the blog posting subject matter.